Obituary for Alexander A. Cole 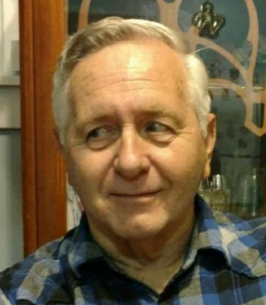 The family will receive friends at Royce-Chedzoy Funeral Home, 212 E. 4th, Watkins Glen, on Thursday (June 9) from 11am-1pm; followed by a funeral service at 1pm; and burial at Pleasant Valley Cemetery in Hammondsport with military honors. A reception will be announced.

He was born in Bath, NY on July 26, 1942, the son of Harry and Elizabeth Cole.
Alex was a US Navy Veteran, serving during the US-Cuban Missile Crisis. After his service in the US Navy, he served as a Deputy Sheriff for Schuyler County. He also worked as a mechanic and driver for the Watkins Glen Bus Garage and as a security officer for Borg-Warner. Alex retired from Al’s Trucking Company in Elmira Heights. He was also a member and past-Exulted Ruler of the Watkins Glen Elks Lodge and a member of the Montour Moose Lodge.

He is survived by his wife of 60 years, Marjorie Cole; daughter, Teresa A. Wood of Odessa; two sons,Tracey (Karen) Cole of Beaver Dams; and James H. Cole of Elmira; brothers, Roger (Gloria) Weaver of North Carolina, and T. Edward Weaver of Florida; 8 grandchildren, and 11 great-grandchildren.

Memorial donations in his memory may be made to a charity of one’s choice.

All rights reserved. This obituary is also archived at obittree.com