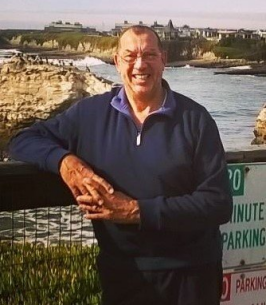 The family will receive friends and relatives at Royce-Chedzoy Funeral Home, 212 E. 4th St., Watkins Glen on Saturday, July 23, from 1pm-3pm; followed by a memorial service at the funeral home at 3pm. A reception and military honors will follow at the Burdett Fire Department at 4:15pm.

A native son of Dundee, New York, Frank was born on July 21, 1947 to Minnie Marie Davis (d.1991) and was the brother of Paul Davis (d.2003). Frank spent his youth with his friends in Dundee on Edwina St, playing with his menagerie of pets (there wasn't an animal he didn't love or adopt), climbing trees (and falling out of them), working on area farms and mastering a variety of sports – basketball, football, hockey and baseball. Frank attended Dundee Central School from Kindergarten through his senior year in high school, receiving an Academic Regents Scholarship. He moved on to attend State University of New York at Oswego, achieving a BS in Education.

Upon graduation from college, Frank was selected for Air Force Officer Training in 1969 fulfilling a lifelong dream of becoming a pilot. He flew OV-10s in during the Vietnam war, and spent most of his career at Travis Air Force Base, where he raised his family in Vacaville, CA. He ended his 22-year military career on the C-5 Galaxy after the first Gulf War in 1991, achieving the rank of Lieutenant Colonel. Frank was also a pilot for United Airlines and retired as a Captain on the 747-400 in 2007 after a 29-year career.

Frank was never content with just riding out his retirement years. He and his wife, Donna, moved to Watkins Glen, and opened "Sunset on Seneca Bed and Breakfast” on the shore of Seneca Lake, that garnered a loyal following with their guests. Frank was also a dedicated volunteer with the New York Guard and the American Red Cross. He deployed to numerous disasters across the country, always ready and willing to help where needed.

Frank was larger-than-life, never without a smile, even towards the end. His laugh was just as infectious as his sense of humor, and he had the most impressive cache of 'Dad jokes.' He possessed a desire to help others and was always available to lend a hand to those in need. This world has lost one of its best.
Frank is survived by his wife of 29 years, Donna Davis, Burdett, NY; his former wife of 16 years, Julie Davis, Vacaville, CA; his children Brenée Ulman (spouse Trevor) San Diego, CA; Erika Driver, Soda Springs, CA; and Michael Melendez (spouse Rebecca), Roseville, CA; his grandchildren, Ella Driver, Lillian Ulman and Landon Ulman; his cousin Raymond Gary (Ernie) Granston (Jan), and his niece Tammie Flynn (Tom).
We love you Frank, Papa, Grandpa. Although you will not be physically with us, you will always be by our side. May your family continue to make you proud in everything we do. You will be missed more than anything, each and every day, and your memory will forever be a blessing to us all.

Memorial Donations in his memory may be made to Schuyler County Ambulance; Burdett Fire Department; Care First Hospice, or Southern Tier Chapter of the American Red Cross.

All rights reserved. This obituary is also archived at obittree.com